Reacting to the news that the UK Government has limited testing in the Rhondda to just 60 tests a day despite having capacity for processing up to 500, the Member of the Senedd for the Rhondda said: “This demonstrates Westminster’s disdain for Wales. Lives are at risk here in the Rhondda due to the increased transmission rate in the Porth to Penygraig area, yet Westminster’s response is to throttle testing capacity.

“It is a scandal that has angered me and many others. We have constantly warned that the only way we can stave off a second wave is if the test and trace system works well.”

Leanne added: “This also shows the political naivety of the Labour Government in Wales in putting their trust in Westminster’s track and trace system. What will it take to learn lessons? Wales has already been gazumped by Westminster over a testing contract with Roche and now this.

“Labour in Wales seems incapable of learning that we need to do things ourselves to protect people living in Wales. It’s daft to rely on others elsewhere. Had we developed our own track and trace system we would not be at the mercy of a Tory Government which cares little about Wales.”

Holidays to Spain could be delayed ‘until end of summer’ 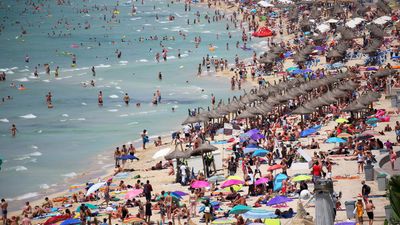 Update on actions to increase Welsh Medium education in RCT

New Food Scheme in the Rhondda is Officially Up and Running