New Wildlife and Rural Crime Coordinator gets to work

The first ever all-Wales Wildlife and Rural Crime Coordinator will outline his priorities on Thursday after being appointed to the position. The role is the first of its kind in the UK.

The coordinator post has been created by the Welsh Government, along with Wales’ police forces, to strengthen the response to Wildlife and Rural Crime across the country.

Rob Taylor, who was responsible for establishing the current North Wales Police Rural Crime Team, brings a vast amount of experience to the role, in particular in regards to wildlife law and investigations including the horrific chainsaw attack on the Ospreys nesting platform at Llyn Brenig in May.

During a visit to the Dyfi Osprey Project near Machynlleth today, Minister for Rural Affairs and North Wales, and Trefnydd, Lesley Griffiths will meet Rob Taylor to discuss his priorities and ambitions over the coming 12 months.

The project’s new visitor centre, which opened in May, has been supported with £250,000 in Welsh Government funding.

The new post is important in coordinating the wildlife and rural work of the police and key partner agencies to reduce crime and its impact on rural communities across Wales.

Livestock offences, raptor persecution, fly-tipping as well as farm machine, vehicle and fuel theft are some of the main areas the coordinator will be tackling.

The Welsh Government is currently working with the UK Government to give new powers to the police to provide greater protection to livestock from dangerous and out of control dogs through the Kept Animals Bill. Rob Taylor has been pivotal in providing advice in this matter.

The coordinator will also lead on Wales’ first Wildlife and Rural Crime Strategy and work with school officers to help children get a better understanding of what wildlife and rural crime is and how it affects communities.

All-Wales Wildlife and Rural Crime Coordinator, Rob Taylor said: “Policing our countryside and protecting our wildlife is something that I am passionate about.

“Wales has seen significant progress in regards to rural crime prevention, but we still have work to do in regards to offences such as livestock attacks and wildlife offences.

“I relish the opportunity I have been given and look forward to working closely with others and to making a positive difference here in Wales.”

Minister for Rural Affairs and North Wales, and Trefnydd, Lesley Griffiths said: “Our police Rural Crime Teams do a great job and the role of the all-Wales Wildlife and Rural Crime Coordinator will be vital in building on their work.

“I would like to congratulate Rob Taylor on being appointed to this important position. His experience and expertise will be crucial in bringing a step change to the coordination, effectiveness and multi-agency response to wildlife and rural crime work in our rural communities.

“I am also pleased to be meeting Rob at the Dyfi Osprey project near Machynlleth. Ospreys are now firmly re-established as summer residents breeding in Wales and numbers are increasing, however they are still persecuted, as was shown by the heartless chain-saw felling of an occupied artificial nest at Llyn Brenig.

“I wish Rob well in his new role and we look forward to working closely with him over the coming months.” 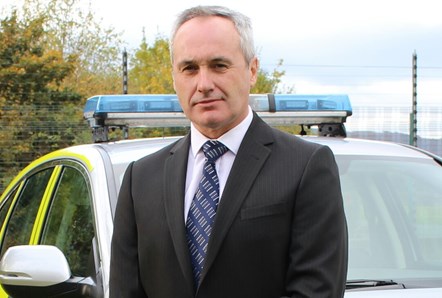 A man from Beddau has been jailed for 32 months for supplying cocaine.

A man from Aberdare has been jailed for the manslaughter

Report details and analyses the impact of Storm Dennis